I’ve heard the phrase, “patience of Job”, which seems a bit overstated, at least on a cursory first reading of the account.  Not that I would have done any better, and most probably a lot worse.  The idea is that, despite all his suffering, he never let go of God.  Okay, I get that.

Then there’s this one: “wisdom of Solomon”.  As the account reads, God had given Solomon a blank check, and instead of riches and fame, he humbly asked for wisdom.  God was pretty happy about that, and gave the new king riches and fame in addition to the wisdom.  That’s pretty neat.

In fact, embedded within Solomon’s prayer at the temple’s ribbon-cutting ceremony, he says this:

“May he give us the desire to do his will in everything and to obey all the commands, decrees, and regulations that he gave our ancestors.”

Which means he had at least some working knowledge of his history; i.e., there were commands and decrees by which the people were to regulate their lives.  He even had the foresight to ask for the desire.

Unfortunately, the seeds of Solomon’s downfall had already been planted.  In the chapter before this prayer for wisdom, we see that…

“He also built similar living quarters for Pharaoh’s daughter, whom he had married.” 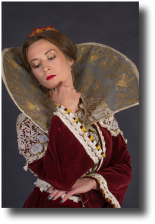 The list goes on and the grand totals are astronomical, around a thousand women.  (Imagine all those shoes, ladies!)

Now, the Mosaic Law specified that the Israelites were allowed to marry only Israelites.  God had specific reasons for this, which went far beyond nationalistic prejudice and pride.

“The LORD had clearly instructed the people of Israel, ‘You must not marry them, because they will turn your hearts to their gods.’ Yet Solomon insisted on loving them anyway.”

Unfortunately, by this time there was plenty of cultural precedent among the Hebrew nation for the practice of polygamy.  Even Solomon’s dad, King David, goofed on this one.  Following in (and expanding on) his father’s practice in which he grew up, our wise king succumbed to the cultural expectations of his day.

One could make the argument that Solomon married his first foreign gal prior to his prayer for wisdom.  True.  But that doesn’t explain his marital decisions after that point.

Which is a very critical consideration for me today:

Past mistakes don’t have to define future decisions.

God’s wisdom doesn’t just apply to my future, but to my past.  Moreover, I need Him to reveal motives and patterns of thinking that are contrary to His perfect will.  God has this amazingly creative ability to take my failures, moral or otherwise, and redeem those for future productivity, if…

“How amazing are the deeds of the Lord!
All who delight in him should ponder them…

He causes us to remember his wonderful works.
How gracious and merciful is our Lord!”

Pondering and remembering.  Even enlisting His divine help to cause me to remember, and to desire to follow Him!

What you don’t know can hurt you—badly. 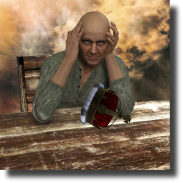 As if having that much estrogen surrounding him wasn’t challenging enough, what Solomon didn’t know was that there were also several seeds of rebellion that had been planted, even before he had become the King of Israel; they grew just as steadily as did Solomon’s disobedience, and they were the downfall of his kingdom.

Not a bad lesson, that.  God’s wisdom in dealing with past mistakes isn’t merely for my personal productivity; His wisdom working in and through my life actually prevents—spiritually holds back, if you will—entities waiting for a chance to “kill, steal, and destroy”, things in which I had no involvement!

“If you need wisdom, ask our generous God, and he will give it to you.”

As smart as he was, Solomon chose not to utilize that gift of heavenly wisdom to interpret his culture, past experience, or his own heart.  The questions is…