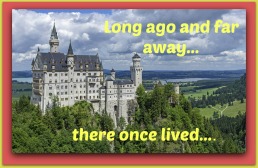 I’m saving for a new kitchen.  They say the first rooms of any old house that should be remodeled are the bathrooms and the kitchen; okay, now that we’re 25-years into this already old house, it’s probably time.  So I’m saving my dollars as I am hoping for a visit from the contractor in the months to come.  (Bob, honey, take note.)

This past Christmas, our oldest granddaughter received a “new kitchen” from her father’s parents.  I have rarely seen such an elaborate and beautiful play thing, and I’m thinking of writing them to request they send me one, only on a bigger adult scale!  It’s magnificent!

The challenge is that it came in a box, with pieces…lots of them.  So many, in fact, that her dear father stayed up until 1AM Christmas morning putting it all together in anticipation of his daughter’s gleeful fun.  (He referred to it as “my parents’ revenge”.)  Of course, he could have just wrapped the box with all the pieces inside and given it to her that way.  I don’t think

she would have enjoyed it much, nor even recognized what it was for.  But no, the loving sacrifice was made to haul out the tools, and the instructions, and put a little elbow grease into this absolutely beautiful and functional gift!

Which makes me think about some of the gifts God really wants to give to others—through me.  Be it talent, inspiration, encouragement, skill, or material generosity, all of these come with some assembly required.  I think of the New Testament lady named Dorcas, who provided for the poor:

“She was always doing kind things for others and helping the poor…The room was filled with widows who were…showing him the coats and other clothes Dorcas had made for them.”

It’s a great story, but the main point here is that she had honed a skill to provide for others, not merely to enjoy it for herself.  Obviously she must have had some aptitude for being a seamstress, especially before the days of sewing machines and JoAnne’s Fabric Store!  But it’s not a skill she was born with, rather she diligently applied herself to the task of learning her craft for the sake of others.  The poor among her didn’t just need a needle and thread and a piece of cloth—the term “widows” implies older women with poor eyesight and arthritic hands.  Dorcas assembled what they needed from the gifts she herself had been given… 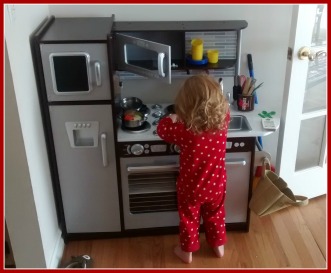 PLUS a little elbow grease.

2 thoughts on “Some assembly required”