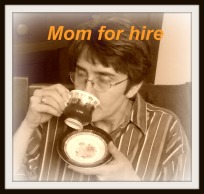 I have inherited some very cool pieces of furniture from my father’s family.  An old Victrola, grandmother’s rocker (who knows how many babies have fallen asleep in that!), a secretary desk, and some others.  And I love the stories behind them.

Part of this is because I do so enjoy history.  Not the dates and places so much, but more the people and events.  I also appreciate archaeology.  As a pseudo-gardener, I enjoy digging in the dirt, but to pull something out of the dirt other than food or flowers, now that’s an adventure!

Evidently, there is some disagreement over whether archaeology proves or disproves the historicity of the Bible.  Although I find the artifacts fascinating, I don’t put my faith in them. (Remember the big ta-do over “the shroud”?)  It’s interesting that God has never allowed us to find the cross, Noah’s Ark, or even the Ark of the Covenant.  Some might say this is an argument against the Bible, but that depends on what you’re really looking for.   I would reply that perhaps theirs is a misunderstanding of God’s intent.  Here’s why:

The prophet Samuel records the story of the Israelites fighting against the (guess who) Philistines, (1 Samuel 4).  After being sorely defeated in the first battle, they decided to carry the Ark of the Covenant into battle, and surely God would be among them to bring a victory.  Except their faith was in the Ark, not in the God of the Ark.  The true relationship was hollow, not hallowed.  Therefore, the outcome was decidedly opposite of what the Israelites expected.

To illustrate this unfortunate truth, Yahweh did an amazing thing—He allowed His special piece of furniture to be captured by the enemy, because God will not share His glory with idols, even ones we erect in His name.  He has made it unmistakably clear that His desire—no, beyond that, His requirement—for our true success and victory in this life is relationship with Him, intimacy that He has made possible through His Son Jesus Christ.

Yet we do the same thing in our churches today, only in a sophisticated, 21st century American sort of way.  We tend to put our faith in:

How about in our daily lives?

In other words, if we tie our holiness, our stability, or our provision to any activity or mindset other than Jesus, we put ourselves in harm’s way. 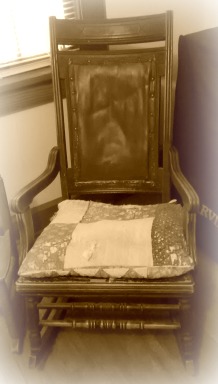 Sort of like marching into the enemy camp with Grandma’s rocking chair instead of a sword.