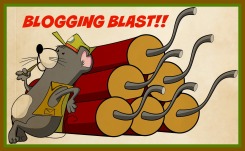 “Your mother’s great-uncle-twice-removed named you in his will, but…”

“Everyone gets an extra vacation day this year, but…”

(And one of my personal favorites): “I apologize, but…”

Sometimes we only want to hear the first part of a sentence and go no further, which can cause, dare I say it, “a failure to communicate”. That little word “but” is a conjunction that Dictionary.com defines as “except, on the contrary, otherwise than”.  Alright, so I really did know that; I’ll admit I had to check the same source to remind myself what a “conjunction” is.  I quote: the act of conjoining [duh]; combination, union; association.

And that’s actually quite helpful, because even though “but” is just a small, 3-letter word, it can be a real game-changer when combined with the second part of a sentence:

“…but there is a transplant available and it will be here tomorrow.”

“…but the National Guard arrived in time and evacuated the area.”

(And for students everywhere): “…but the paper deadline has been postponed until next week.”

When God says “but…”, it packs a wholup. Here’s a perfect example—

“We are pressed on every side by troubles, but we are not crushed. We are perplexed, but not driven to despair.  We are hunted down, but never abandoned by God. We get knocked down, but we are not destroyed. Through suffering, our bodies continue to share in the death of Jesus so that the life of Jesus may also be seen in our bodies.” (1)

That was penned by Paul, who was well acquainted with reversals of fortune: however, (or, “but”, if you prefer), despite the emotional, physical, mental, and spiritual upheaval which he so openly shares with his readers, he considered it all part of God’s bigger picture.  AND (that’s another conjunction, by the way, although not quite as strong as “but”) Paul found God trustworthy, even in the midst of the uncomfortable circumstances of his life.  Moreover, (another conjunction, a bit loftier, and impresses Advanced Comp teachers….) he realized that God uses our weakness to show Himself strong.  This was another way of freeing us from our self-pride, our self-assurance, and our self-promotion.

In other words, when my problematic circumstances and personal foibles are “conjoined, combined, in union and in association with” God’s “except, on the contrary, and otherwise than”, spiritual bombs go off.

Or as John Newton so beautifully and immortally penned—

Truly, that is amazing grace indeed.