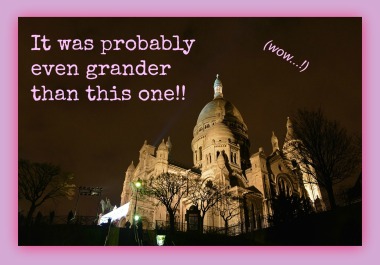 “It took Solomon twenty years to build the LORD’s Temple and his own royal palace. At the end of that time,  he gave twenty towns in the land of Galilee to King Hiram of Tyre. (Hiram had previously provided all the cedar and cypress timber and gold that Solomon had requested.)   But when Hiram came from Tyre to see the towns Solomon had given him, he was not at all pleased with them. ‘What kind of towns are these, my brother?’ he asked. So Hiram called that area Cabul (which means “worthless”), as it is still known today.   Nevertheless, Hiram paid Solomon 9,000 pounds of gold.”*

Why would Solomon give away part of Israel’s inheritance from God (which was not allowed by the Law) to a non-Israelite monarch? It seems that this magnificent temple was the reason for a magnificent debt, as well as a conscripted labor force (alas, no unions).  And the debt was to a heathen king that seemingly didn’t even appreciate the cites that were given to him. Hmmm….

Various commentaries are in disagreement (fancy that) about the legality of those gifted cities, which, BTW, were eventually returned to Solomon, the reasons of which are, again, in dispute.  But a few possible thoughts emerge:

Then, like Paul Harvey used to say, there’s the rest of the story, hundreds of years later, when a baby was born in that spurned back-forty and became known as (you guessed it) the Man from Galilee.