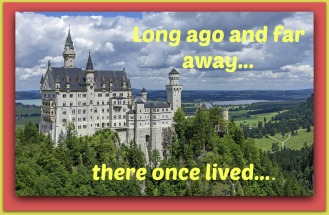 Did you know that middle school kids lie?  Now I realize that may be an astounding revelation to some, so don’t choke on your Coke.  One of the wonderful teachers I’ve worked with for years cracks me up; she encourages the kids to “come up with something better than THAT” when they feed her an obvious falsification about why they don’t have their homework.  (She’s been around a while…)

Of course, kids aren’t the only ones skilled in what my brother-in-law refers to as “a flexible sense of integrity.”  For example—

The story of Hezekiah is fascinating.  Here the king of the formidable Assyrian nation comes knocking on Judah’s door demanding submission, or else.  Reading the accusations, there are several things the Assyrian head of state gets wrong:

There’s more to be gleaned from this account of Hezekiah’s dealings with Assyria, but here’s one of the points worth mentioning:

Liars have to keep lying, and generally someone is going to catch their slip, whether it’s a gap in logically reasoning, a contradiction, whatever.  You have to have a certain level of talent to deceive consistently, (granted, there are quite a few talented people around today.)

Satan, however, is the best, as he has been at it quite some time now with amazing proficiency.

“When he lies, it is consistent with his character; for he is a liar and the father of lies.”

And his lies are not merely to inconvenience, but like the king of Assyria, Satan has much bolder plans—

“The thief’s purpose is to steal and kill and destroy.”

Satan’s lies are aimed at the heart, the very place God says we are to guard since “the wellsprings of life” come from that very spiritual place. And what is at the heart of every Christian, but our intimacy with our Father Himself?  Satan will try every which way to convince us that we are rejected by God, not accepted into the family of God, or at the very best, a doormat for the more “important” saints.  Or that God, Himself, is mad at us.

The list goes on, but eventually his logic does break down, because it’s no match for the Cross.

Or as Wally Fry puts it so well at Truth in Palmyra: