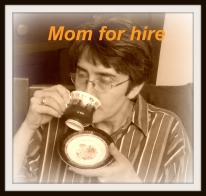 My house is not a clean house.

Well, I mean it’s hygienic.  We have indoor plumbing and clean water, which, for context and perspective, is more than can be said for most of the planet.

It’s just that, as Bob says, “my girl is a messy girl”.  Truth.  I really had to acknowledge that when all the girls moved away and the empty nest didn’t really reorder itself.  Nope.

Just too many books to read, too many posts too write, gardening, projects, and then there’s this thing called a full-time job.  And a husband.  (They take time, too.  Well worth it.  And he’s the clean one of the duo.)

So I find at least some solace in this:

“Without oxen a stable stays clean, but you need a strong ox for a large harvest.”

Not that I consider myself a strong ox, although Bob says that I “come from good stock”, whatever that’s supposed to mean.  (He also says, however, that I can “work him under the table”.)

I think it’s probably also easier in parenting, for instance, to take a DIY attitude rather than let the kids learn by doing, because of the potential/probable mess, which makes more work for yours truly (which may or may not get done, see above disclaimer.)

Extrapolate: it’s likewise easier (translate “safer”) to not care so much, try so much, dream so much, reach out so much in this otherwise hostile world we live in this side of eternity.  It gets harsh, uncomfortable….messy.

This citation will probably put me over my word count, but it’s worth the read:

“It is not the critic who counts; not the man who points out how the strong man stumbles, or where the doer of deeds could have done them better. The credit belongs to the man who is actually in the arena, whose face is marred by dust and sweat and blood; who strives valiantly; who errs, who comes short again and again, because there is no effort without error and shortcoming; but who does actually strive to do the deeds; who knows great enthusiasms, the great devotions; who spends himself in a worthy cause; who at the best knows in the end the triumph of high achievement, and who at the worst, if he fails, at least fails while daring greatly, so that his place shall never be with those cold and timid souls who neither know victory nor defeat.” –Theodore Roosevelt

I have not a clue whether or not good ole’ Teddy would have made it into the White House in today’s climate, but I sure do like this quote.  And if ever there was an ox in a Washington china shop (other than, of course, now) it was Teddy.