Inventory is not necessarily one of my favorite pastimes.  I tend to be a bit (okay, a lot) more spontaneous (oh alright, haphazard) in my organizational skill set than my husband, Bob.  In the past 39 years, that much is evident.

Nonetheless, now that retirement has arrived, the massive purging process at our homestead will soon begin (yeah, right.)  At least, that’s the plan. END_OF_DOCUMENT_TOKEN_TO_BE_REPLACED 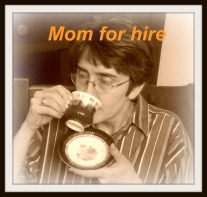 Our youngest daughter and family live in Norway.  I’ve never been to Norway, never particularly had it on my list of places to visit until, of course, we found out that their first baby was going to be born.

Bob and I have found that grandchildren have a certain unequaled pull.

They have sent us beautiful photos of Scandinavian countryside—what a marvelous place on the globe with their fjords and waterfalls, and not a little snow.  Naturally, none of that can hold a candle to the little bundle and her parents that will outshine it all.  And as much as I love pictures and video chats, it’s never the same as being there for myself, as with our first grandchild, when we could caress that little one ourselves and gaze into her occasionally waking and alert eyes. 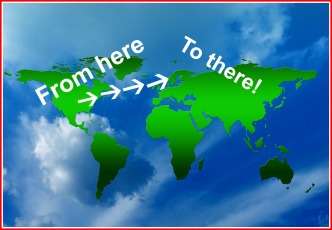 So I kinda “get” what the writer of this psalm is thinking when he penned this:

Go, inspect the city of Jerusalem.
Walk around and count the many towers.
Take note of the fortified walls,
and tour all the citadels,
that you may describe them
to future generations.

I don’t think this is merely talking about taking a trip to the Holy Land, as cool as that would be with all the ancient ruins and history and such.  This is an invitation to the world to come see God’s reality, and it is to be reflected in the church.  Not the church building, for that is as impermanent as those now ancient ruins of Jerusalem were about to become in the day this psalm was written.  Instead, we are to “take note” for ourselves the Universe of God, not just the visible one He created, but the eternal one.

And it seems that the only effective way to take note of it is to go there, personally, experiencing the relationship with God and seeing/experiencing the church as He means for it to be.  (Read: not as it is frequently portrayed by His children still under construction.)  Which is a challenge for all who claim to discount Christ because of His people’s imperfections.  No, each individual is called to come and “tour all the citadels” for themselves.  It takes time and effort and not a little reallocation of resources…

…but after the long plane ride, there is Someone even more beautiful than a grandchild waiting to gaze into your eyes.

Road to Emmaus by Robert Zund, copied from saltandlight.org

Nothing ventured, nothing gained.

He who hesitates is lost.

The early bird gets the worm.

Our vocabulary is replete with idioms encouraging us to not procrastinate or make excuses as to why we didn’t do something we should have done.  I shudder to think of the missed opportunities and potential open doors that God may have had for me that no longer exist due to my desire for personal comfort and convenience.

This comes through to me highlighted in yellow with neon exclamation points in the story of the two V-E-R-Y disappointed disciples on the road to Emmaus.  The back story finds these two friends downcast and discouraged in that the one they thought was the long-awaited Messiah of Israel had just been (evidently) defeated and crucified by the Roman government at the behest of the Jewish high council.  Finish line.  Period.  Shelf that book and find a new one.

Well….not quite.  As they’re walking away from Jerusalem, where this tragedy just occurred, to the neighboring town of Emmaus, they were met by a fellow traveler who asked why they were so glum, whereupon a conversation ensues ending with the stranger being persuaded to eat dinner with them and stay the night, since it was getting late.  Sitting down to dinner, the stranger prayed over the repast, whereupon the two friends’ “eyes were opened” and they recognized this Stranger as no stranger at all, but in fact this was Jesus who had just died, and was now right before them more alive than ever!  Just as suddenly, Jesus disappeared and the two stunned disciples sat holding their bread, starring at an empty seat…

Not a finish line, but a starting block.  Not a period, just a comma.  Same book, new chapter.

It’s a great recount, read it many times, one of my husband’s faves.  But here’s where the yellow marker comes in.  Luke puts it this way in his book, chapter 24, starting in verse 33:

“Rising up that very hour”  (Amplified)

“They got up and returned at once to Jerusalem.” (NIV)

“They didn’t waste a minute.” (The Message)

Nuts to the meal, never mind that it was getting toward nighttime, that they were physically tired from a full day’s activity, not to mention emotionally hung out to dry from the events of the past week, maybe looking over their shoulders to see if the Romans had the two of them in their crosshairs.  They “didn’t waste a minute” to begin the seven and a half mile trek back to the very place of their earlier disappointment and confusion.

Why? Because that’s where they would find Jesus again.

Now, if they had decided their feet were too tired (they didn’t have Cabelas boots back then) and they’ll start tomorrow, or maybe they would  get it figured out after a good meal, or they would just let things settle down back in Jerusalem a little before heading back (which never happened, BTW), or any number of other reasons and excuses, this is what they might have missed:

While they were telling these things, He Himself stood in their midst and *said to them, “Peace be to you. (1)

Had they waited, they would have missed seeing Jesus again, Who went on to prove His physically existence by eating food, and allowing them to touch His scars and wounds, proof that they would need to sustain them in the troubled times ahead.

Each of those points have a full sermon in them, but the idea for me here is this: When convenience, disappointment, or fear are attempting to dissuade me from seeking Jesus, the correct response is to get moving and follow Him anyway.  Because I don’t want to miss the opportunity to see Jesus in the special way He wants to reveal Himself to me; I have to tap into the power that only He can give me; and I need His strategy for my life.

Even if He’s calling me back the way I came.  Even if there is potential pain.

Even if it means leaving the bread on the table.