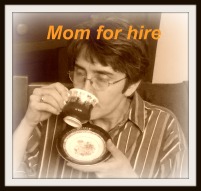 When we formally met the man who was to become one of our sons-in-law, we wanted to give him “the tour” of the small Midwestern town our girls where we live and are girls grew up.  He is Swedish, but had lived and worked in both the Big Apple and sunny Cal.  However, he had not yet been initiated into rural mid-America.  Even so, he liked camo, and he wanted a cowboy hat.

He came to the right place.

His soon-to-be sister-in-law, (daughter #2), decided it would be a good idea to devise a scavenger hunt throughout the town, hiding clues in places that would take him all over the familiar haunts including the high school, an old abandoned farm tractor who’s final resting place was behind a local grain elevator, a landmark eating establishment with the finest in traditional, heart-stopping American hamburgers and milkshakes, and the like.

Of course, the end point was a true-to-earth Midwest Farm and Home store, where he got to pick out his own real life cowboy hat.

Together, they have since put on a similar “treasure hunt” for his nieces and nephews.  There’s just so much fun in watching the kids’ excitement as they follow the clues and find good stuff!

Which gives me pause to consider that this enjoyment must have its foundation in Someone who similarly enjoys His children searching and finding.

“He is the Holy Spirit, who leads into all truth.”

There is a thought circulating that if God is so intent on us knowing Him, why doesn’t He just make it easier, speaking more directly, personally, getting our attention more efficiently.   Allowing this new member of our family to look for and find each clue was hopefully causing a greater connection with the town (experientially) and with us (personally).  It took some time and creative energy to put that together!  And he was worth every bit of it.

Granted, God has and still could use an occasional burning bush, talking donkey, or disembodied hand writing on the wall, I suppose.  Those tend to be a bit more compelling, but not necessarily as effective toward His everyday purpose.  Which is…?

“And this is the way to have eternal life—to know you, the only true God, and Jesus Christ, the one you sent to earth.”

Eternal life—not just pie in the sky by and by, but true moment-by-moment intimacy with Creator God.  Right now.  Nothing less.

However, the funny thing about clues is that they are easily missed unless one is actively looking for them.

“The world cannot receive him, because it isn’t looking for him and doesn’t recognize him.”

We were not about to let our daughter’s loved one miss out on even one clue, as we gathered around him to help him out, (which is a huge part of what God’s family is supposed to be doing with each other as well.)  We knew what we had waiting for him at the end of the ordeal.

And so does God.  Only it’s not a cowboy hat…

I like that truism from years past: “My mind’s made up; don’t confuse me with facts.”  It really is a great example of truth-seeking versus self-seeking, because let’s face it, truth can be downright painful!

But then, so is a surgeon’s knife…

At this writing, I’m coming upon the one-year anniversary of my emergency appendectomy.  We were on vacation with Bob’s whole family (and ours!) in a house ten thousand feet up the mountain in another state.  Having “caught” a few of these cases through my office as a school nurse, I was certain that it was not my appendix, and I should know, right?

I have since adapted Tony Bennett’s immortal tune to read I Left My Appendix in Cedar City, Utah. (Doesn’t have quite the same crooner style to it.)

I was dumbfounded, completely END_OF_DOCUMENT_TOKEN_TO_BE_REPLACED 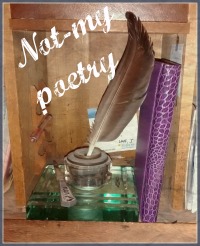 Yeah, I know, I know, Christmas is over, but the message is still relevant this far into 2016!  The author can be found here: UFUOMAEE  I recommend you wander over to her place and see what else she has in store for you this still very new year.

(Oh, and if you’re new to this part of the blog, here’s the “disclaimer”.)

It is unbelievable that a END_OF_DOCUMENT_TOKEN_TO_BE_REPLACED