I’m intrigued by the story of the people of Gibeon who, seeing destruction on the horizon in the form of the relentlessly advancing Israeli nation coming out of the desert, decide to don some thrift-store thread bares and make like they’ve come from afar.  In so doing, Joshua, the Hebrew leader, thinks these are actually NOT people slated for destruction (per God’s instruction) but just neighboring folks, so he makes a binding oath to leave them alone.

After the gig is up, and Joshua realizes he’s been duped, (and that it’s too late to reneg…being God’s reputation and all), the Gibeonites become their servants, which means they are now under Israeli protection as well. END_OF_DOCUMENT_TOKEN_TO_BE_REPLACED 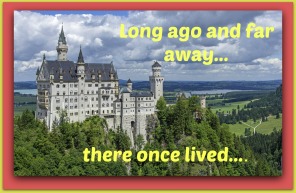 Ever feel like you can never get on top of a problem? Here it is again, rearing its ugly and persistent head, and the thought comes,

Once again, God’s people were being assailed by a foreign entity, this time Assyria (you could substitute any number of names on the evil entity, like anger, depression, loneliness, whatever, they all fit quite well into the same storyline.)

This time, the enemy used a few interesting tactics worth looking at; thankfully, we get to listen in:

“Listen to this message from the great king of Assyria! This is what the king says: Don’t let Hezekiah deceive you. He will never be able to rescue you.  Don’t let him fool you into trusting in the Lord by saying, ‘The Lord will surely rescue us. This city will never fall into the hands of the Assyrian king!’

“Don’t listen to Hezekiah! These are the terms the king of Assyria is offering: Make peace with me—open the gates and come out. Then each of you can continue eating from your own grapevine and fig tree and drinking from your own well. Then I will arrange to take you to another land like this one—a land of grain and new wine, bread and vineyards.

“Don’t let Hezekiah mislead you by saying, ‘The Lord will rescue us!’ Have the gods of any other nations ever saved their people from the king of Assyria? What happened to the gods of Hamath and Arpad? And what about the gods of Sepharvaim? Did any god rescue Samaria from my power?  What god of any nation has ever been able to save its people from my power? So what makes you think that the Lord can rescue Jerusalem from me?”

“But the people were silent and did not utter a word because Hezekiah had commanded them, ‘Do not answer him.’”

Lots more could be/has been said about our counter-strategy, but I’ll end instead with this encouragement~~