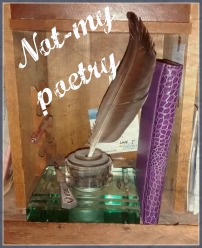 I tend to the side of gullible.  I want to trust too quickly. In this offering, Jacob Emet makes me think and be more circumspect.  Visit him at: https://jacobemet.wordpress.com/  Once again, HERE’s my disclaimer.

The book of Genesis is so fun.  Challenging, but very human.  I recently read the part when Abraham sends his trusted servant bride-hunting back to their home town for the heir to the throne, Isaac.  Camels were the pack animals of the day, and water was a premium, so when he pulled into town, it was important to park at the local well, not only for himself but also for his livestock.

Per custom, the women were coming over to gather water for their needs.  So how was this guy supposed to pick out a bride?  Where does he even start?  Wisely, he started with a prayer.  Smart move.

As one young local approached, he asked her for a drink of the water.  To the servant’s great pleasure, the girl, whose name was Rebekah, not only gave him a refreshing drink, but offered (offered, now, was not asked) to draw water for all of his camels as well.  (!!)

A little research tells us that the water pots these women generally used held about three gallons.  One gallon of water weighs about seven pounds (plus the weight of the heavy pitcher).  One tired and thirsty camel can drink up to 30-gallons.  And since the servant was shopping for a bride for what was effectively a “prince” whose father was exceptionally wealthy, it’s not a far stretch to consider that Abraham had sent his servant with several camels loaded with gifts for the prospective bride’s family, ten to be exact.  You can do the math.  Rebekah’s offer wasn’t just generous; by our standards, it was extravagant.

From one act of unselfish servitude and kindness to unexpected elevation; from watering the camels to riding them as a soon-to-be-princess—we just never know what a little hard work mixed with a good dose of mercy will produce.  Now that’s powerful chemistry!

So, whose camels are you watering?