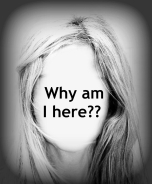 I love that title movie based on the play by Oscar Wilde.  It’s a screwball comedy about mixed up identities and a starry-eyed young heroine who finally figures out who’s who.  And she’s quite earnest about figuring out who Ernest really is.

But the point is well taken, the importance of proper identity, that is.  The age old, “who am I really” with the corollary, “what’s actually going on here?”

Which a bit of what I see happening with inexperienced Queen Esther.  As a young woman, she was brought into the harem of the pagan king and elevated to queen status, yet kept her true identity as a Jewess undercover in obedience with her older cousin Mordecai’s wise instructions.  Only now, things have happened within the hierarchy causing the king to put out an edict to destroy all the Jews in the kingdom, little knowing that his queen was one herself!  (Talk about out of touch with reality…)

Of course, all the people throughout the kingdom heard of this, not to forget her own uncle who worked in the palace.  The Jews as a whole were in mourning, including her uncle:

“When Queen Esther’s maids and eunuchs came and told her about Mordecai, she was deeply distressed. She sent clothing to him to replace the burlap, but he refused it. Then Esther sent for Hathach, one of the king’s eunuchs who had been appointed as her attendant. She ordered him to go to Mordecai and find out what was troubling him and why he was in mourning.”

Evidently, the queen had not heard the news that had come from her own husband.  Her position had allowed her to be isolated from what was happening, the conflict swirling around her.  Maybe it was not her fault, or just maybe she had allowed the sparkle of her station and favor of her position to blind her to reality.

It’s somewhat of a paradox, that the blessings and favor of God we receive in the world can be morphed into a “my four and no more” mentality, not caring (not really caring) for what may be happening to those outside of our immediate situation.  Then God, in His omnipotent grace, sends us His message as in the words of Cousin Mordecai:

“If you keep quiet at a time like this, deliverance and relief for the Jews will arise from some other place, but you and your relatives will die. Who knows if perhaps you were made queen for just such a time as this?”

God may not call me to save a nation, but in whatever social station He has allowed me, I have a calling beyond my own blessing and prosperity.  Even in the midst of life’s busyness, I have the privilege of awareness to a higher moment-by-moment reality which may “interrupt” my immediate social planner.  His planner supersedes mine any day.

And has much better benefits in the long run.

3 thoughts on “The Importance of Being Ernest”