I just finished repairing and reinstalling one of my bird feeders, and this morning I stopped in my tracks when I saw a bright red cardinal enjoying his breakfast with a smaller white-striped bird I didn’t recognize.

Then I saw him feeding the little guy—ah, what a good parent!  Daddy even aggressively chased off a sparrow from the breakfast table so his growing kiddo could eat privately. (Poor sparrow.  He was just trying to quietly go about his morning also…)

It was fascinating to watch, this avian culture!  But I just wanted to be sure I was identifying it all accurately.  Thus, I turned to that incontestable resource—the internet—and guess what?  It wasn’t a juvenile cardinal Daddy was feeding; it was a juvenile cow bird!

If you know my penchant for analogies, you might find the following interesting from Under My Apple Tree:

This is a juvenile Brown-headed Cowbird who was raised by a pair of cardinals. Yes, cardinals. They adopted this little guy, but not intentionally.

Although the Brown-headed Cowbird is native to North America, many people consider them a nuisance bird. They can be found in open fields, parks and backyards. They will show up at feeders, although no one I know puts out seed to attract them. They are noisy birds and the male makes a whistling or chattering sound.

Cowbirds are brood parasites. They do not build their own nests or raise their young. Instead, the female will lay eggs in the nests of other species and then remove one of the eggs of the host bird. Some host species eject the unwanted egg but most birds don’t notice and will raise the cowbird as their own.

Maybe not, but I will anyway.

One of the dignities of Christ’s redemption is a holy attitude toward resource utilization.  I am quick to add that generosity and care for the poor are signature injunctions of the Christian faith.  My family was on W.I.C. for a few years and I’m thankful for it!  I am concerned, however, that our culture is more adept at “managing” the poor, even enabling the decisions that keep them in that state…?

Jesus, on the other hand, gives us a different perspective on how to use what we have in our hands (He was not politically correct):

Seek the Kingdom of God above all else, and live righteously, and he will give you everything you need. 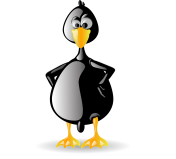 Anything else just leads to bird-brained behavior.

There was an error retrieving images from Instagram. An attempt will be remade in a few minutes.