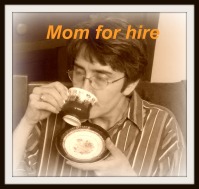 Although my cooking prowess (or lack thereof) has not yet reached legendary status, there are nonetheless a few stories that can be told within my family.  Pizza, however, is one of my favorites. Not to cook, but to eat, and so I’ve become quite good at doing both, if I do say so myself (and I do.)

I am, currently at this writing, happily anticipating a brand new kitchen.  The contractor comes tomorrow to go over the final game plan, which includes knocking out a wall, etc.  His wife, who helps run the business, is well-versed in kitchens, and made the comment that even though I don’t like cooking at present, perhaps I will enjoy it when I get a new kitchen environment….

…Nah.  But in the (many) years of providing edible sustenance for my husband and children, I have learned a few things, including what is nourishing and what to avoid.  Unlike this young guy, evidently:

“Elisha now returned to Gilgal, and there was a famine in the land. One day as the group of prophets was seated before him, he said to his servant, ‘Put a large pot on the fire, and make some stew for the rest of the group.’

One of the young men went out into the field to gather herbs and came back with a pocketful of wild gourds. He shredded them and put them into the pot without realizing they were poisonous. Some of the stew was served to the men. But after they had eaten a bite or two they cried out, ‘Man of God, there’s poison in this stew!’ So they would not eat it.

Interestingly, the writer prefaces this account with the fact that there was a famine going on.  These men were hungry, and there was possibly not another meal in site for a while.  No McDonald’s down the next street or anything.  So for them to spit out this soup was to make an important choice between going hungry or taking their chances with spoiled (or worse) food.

Besides, how did the men know that it was poisonous?  Sure, being prophets probably didn’t hurt their collective sense of discernment, but I’m more inclined to think that God allowed them to taste the stew, and through that given and trained sense, they could tell it was bad for them.  Wisely, they refused to eat it.

Elisha said, ‘Bring me some flour.’ Then he threw it into the pot and said, ‘Now it’s all right; go ahead and eat.’ And then it did not harm them.”

Another interesting similarity is that flour represents bread, and Jesus refers to Himself as the bread of life.  Just as Elisha was able to transform what was deadly into life-giving, it is Jesus who transforms what Satan means for evil into what God means for good.

But first, like the men who refused the meal, we must choose obedience over immediate comfort, faith in His provision over the poisonous and temporary sustenance that the world offers.  And that is an intentional decision.

“But solid food is for the mature, who because of practice have their senses trained to discern good and evil.” 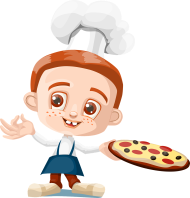 Because pizza or not, the ingredients have to be good.