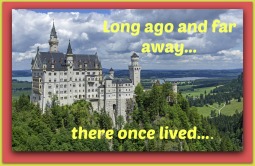 When people say the Bible is boring, I have to question if we’re reading the same book.  Okay, so I get a bit bogged down in Leviticus when they’re talking about how to deal with infectious skin diseases, but truthfully, some of the accounts sound like a script straight out of Hollywood.

For example, the well-known story about the widow and her son barely scraping by during (one of) the terrible famines, a consequence brought about by the prophet Elijah at Yahweh’s behest, another attempt to get His people’s attention. God sends His man to this particular household, to a widow and her son, to ask for, guess what—food!  The response he gets is expected.

“But she said, ‘I swear by the Lord your God that I don’t have a single piece of bread in the house. And I have only a handful of flour left in the jar and a little cooking oil in the bottom of the jug. I was just gathering a few sticks to cook this last meal, and then my son and I will die.’”

Elijah convinces her that, if she provides him with food and water, God would continue to miraculously multiply her supply to sustain her through the crisis.

What did she have to lose?

“So she did as Elijah said, and she and Elijah and her family continued to eat for many days.”

In Act Two, as if the famine wasn’t enough stress, this kind lady’s only son gets sick and dies.  She confronts the prophet, who has become a boarder during this time.  This widow is now overwhelmed with grief.  Her boy is dead, which back then had more implications than just the loss of a loved one.  Her future just got a whole lot more impoverished, both emotionally, and financially.

“Then she said to Elijah, ‘O man of God, what have you done to me? Have you come here to point out my sins and kill my son?’”

I love Elijah’s reply.  There’s no “oops”.  He doesn’t wring his hands.  In fact, there isn’t even a note of surprise or worry.

“But Elijah replied, ‘Give me your son.’”

Once again, what did the mother have to lose?  Elijah takes the lifeless body up to his own room and prays.

“The Lord heard Elijah’s prayer, and the life of the child returned, and he revived!  Then the woman told Elijah, ‘Now I know for sure that you are a man of God, and that the LORD truly speaks through you.’”

Which I find to be an interesting reaction from this mother.  Wasn’t the first miracle of the ever-flowing oil and grain enough to convince her of God’s presence working through His prophet?

The first miracle was a life-sustaining one.  It had to do with maintenance. And it wasn’t like they had a five-course meal everyday, either.  Just enough oil and grain to keep them going, to sustain the life they had until the famine had passed.

The second miracle was a life-giving one.  That which was dead has been resurrected.  Where life had been extinguished, life had been reborn.

This gives me pause…

What do I have to lose?

In other words, He not only knows how to maintain my dreams, even my faith, but also how to resurrect them and give them new life.

Of course, the first step is to hand it over to Him.

11 thoughts on “Just another story…”