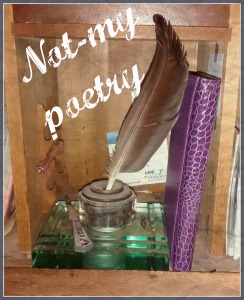 A poem by my wonderful bloggish friend (you’ll love this one!)—

Ant Father: “He said this mountain is in his way –

And off he went to get the spray.”

Down the hole scurried Ant Father and Mother

Taking with them every sister and brother

They shouted warning to one another

The fury was great, soft dirt did blow

The mountain they build was rendered low

The mud came rolling in a mighty flow

Only a tiny light continued to glow.

“Now it’s all over,” they said with a grin

“Everybody get to work, let’s do it again.”

By Oneta Hayes at Sweet Aroma

OH, the wisdom of humor!!  But here’s the thing.  Ever notice how, when you get rid of one ant hill, others pop up?  I mean, it’s not a one-time deal, slaying ants.  Ants just keep doing what they do, building ant hills, because that’s how they’re wired.

In other words, that’s what they are created to do.  It doesn’t matter how many times they get sprayed or squished.  They keep working together to build, because it has to be built.  Period.

They make me look like such a whiner.  Certainly, there are B-I-G boots stomping around: illness, depression, financial concerns, relational disappointments, and the list goes on.  One or two knockdowns and I might be ready to throw in the towel.

But in reality, that’s not the way God created me.  Nope, not by a longshot.  He has made me (and is re-making me) to build, (a) regardless of who steps on me, and (b) in community with other builders.  Both are important factors for success.

Whatever your hand finds to do, do it with your might…

Of course, the New Testament version reads more like this:

I can do all things through Christ who strengthens me. 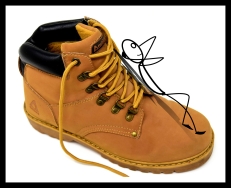 Which means the size of the boot doesn’t matter.  I’ll just continue my life’s work—annoying Satan.