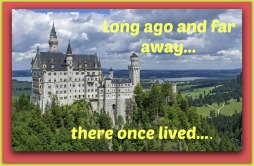 And lots of it.

Like, Stephen King and Nightmare on Elm Street all rolled into one.  Here’s a brief recap:

Hebrew man and half-wife (concubine) traveling through town in area of the Israeli tribe of Benjamin; brought in to spend the night with nice man who knows better than to let them stay out at night in the town square.  We found out why in the next few verses because…

…the sex-crazed men of the town start banging down the nice man’s door to get at the (male) guest, and our considerate host attempts to rescue his guest from “such a shameful thing” by offering to throw out the concubine as well as his own virgin daughter for the townsmen to do with as they please.

(It’s important to remember at this juncture how the Bible prefaces this whole debacle from the beginning:  “In those days Israel had no king; all the people did whatever seemed right in their own eyes.” — Judges 17:6)

When the visitor realized they were getting nowhere fast, he took matters into his own hands…

“So the Levite took hold of his concubine and pushed her out the door. The men of the town abused her all night, taking turns raping her until morning. Finally, at dawn they let her go.  At daybreak the woman returned to the house where her husband was staying. She collapsed at the door of the house and lay there until it was light.”

Yes, it’s in the Bible.  Hollywood’s got nuthin’ on this.  Let it not be lost on anyone that this guy was a Levite, of all things, that part of God’s people whose inheritance was God Himself!  These were the folks who alone were qualified to handle the holy things of God.

“When her husband opened the door to leave, there lay his concubine with her hands on the threshold. He said, ‘Get up! Let’s go!’ But there was no answer.  So he put her body on his donkey and took her home.”

“When he got home, he took a knife and cut his concubine’s body into twelve pieces. Then he sent one piece to each tribe throughout all the territory of Israel.”

Imagine Fed-Ex-ing that!  You know that whole “anything liquid, perishable, fragile…”?

“Everyone who saw it said, ‘Such a horrible crime has not been committed in all the time since Israel left Egypt. Think about it! What are we going to do? Who’s going to speak up?’”

The real problem here is that the “crime” has been mis-identified, and therefore the

“solution”, as we shall soon see, becomes a part of the bigger problem.  When pride is a factor in pinpointing a mistake, the correction will not be God’s correction, and there will only be more blood-letting.