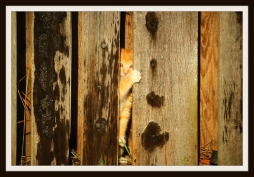 To begin with, Moses was humble; Saul was insecure.

Moses had his insecurities, for sure.  There are at least five (count ‘em, five!) “but, Lords…!” in that whole discussion about who was going to do the talking to Pharaoh.  However, Moses was humble enough to be honest with God about them, and in so doing, God provided for him in the very midst of those insecurities.  In fact, we see Moses’ character develop into quite an assertive leader.  And it started with humble honesty.

King Saul, on the other hand, had a crippling fear of man; that is, he was ruled, not by what God thought, but by what the people thought, or what he thought the people thought.  We see this several times throughout Saul’s tenure, but an interesting thing happens after one particular battle which was quite successful, at least in Saul’s eyes…

“Early the next morning Samuel went to find Saul. Someone told him, ‘Saul went to the town of Carmel to set up a monument to himself…’”

To understand the prophet’s chagrin, Samuel had given Saul a clear directive from God to clean house—destroy the Amalekites.  Take no prisoners, not even livestock.  The king decided, however, to modify that directive by bringing back the Amalekite king (a trophy prisoner).  He also allowed the people to bring back the best of the livestock, as in “anything that looked good to them”.

Feeling pretty good about his recent numbers in the poles, and lest anyone forget his warlike prowess, Saul decides to bring it home a little more with a statue—not about God (Who gave them victory), nor to the people (who fought under him), but to himself.  Ugh.

“When Samuel finally found him, Saul greeted him cheerfully. ‘May the LORD bless you,’ he said. ‘I have carried out the LORD’s command!’

‘Then what is all the bleating of sheep and goats and the lowing of cattle I hear?’ Samuel demanded.”

Like many us, Saul begins to make excuses about why his plan was better than God’s.  It was a case of, “well, yeah, I obeyed, but…”  Sound familiar?

“And Samuel told him, ‘Although you may think little of yourself, are you not the leader of the tribes of Israel? The LORD has anointed you king of Israel.’”

Here’s what gets my attention: how could Samuel say Saul thought so little of himself when he just erected a memorial—to himself?!

Insecure people must elevate themselves in their own eyes.

This is a gut-level survival tactic, and many times includes bringing others down to level out the social playing field.  Consequently, not being honest with ourselves and God about our own insecurities causes disobedience and rebellion.  What invariably follows are offenses and damaged relationships.

The thing that backfires here, however, is that when peoples’ opinions become more important than God’s, we end up trying to please everyone all the time and, well,…Abe Lincoln got that one right.

It takes courage and humility to see ourselves as God see us.

Once we allow our hearts to be open to God, (Who knows all about us anyway, our insecurities are no surprise to Him), not only does He handle us firmly but gently, He also begins the process of regeneration.  Saul was chosen by God to be king, not because of Saul’s own merits, but because God had a plan for him.  Unfortunately, (both for Saul and for the people of Israel), Saul did not honor that plan. 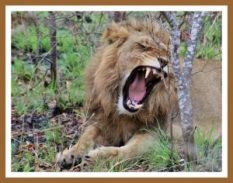 In other words, how I see myself must be aligned with how God sees me if I have any hope of fulfilling the destiny for which I was put on this planet.  Incidentally, it is only God’s truth, that is, how He sees me, that will set me free from my insecurities and social fears.

3 thoughts on “Humble versus Insecure—and the value of “But, Lord…!””