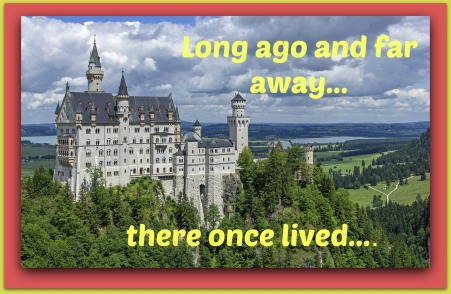 I’ve used this media file before, (that’s what we call it now, I suppose, at least it sounds more impressive that “picture”.)

Media file wasn’t a phrase when Norman Rockwell was around, or if it was, it certainly wasn’t digital.  Just about everything is digital now-a-days.  I still haven’t quite figured out what that means, as opposed to analog, I mean.

I remember using the sweep-second hand on my watch to time the drips coming out of my patients’ IV bags, and using tape and a marker to put the timing grid on the bag itself.  I’m guessing that’s analog.

Fast forward to the digital age, when my own teenage daughter’s IV was on a machine that went hay-wire (an analog term, I’m sure) and starting pumping fluid in at what could have been a harmful rate, had not I (a faulty analog human) caught it, being in the room (as mom, not nurse).

Not that I’m against progress.  It’s just that real communication, face-to-face, eyeball-to eyeball, still has inestimable value.  We’re so prone to thinking we “got it”, when we definite “don’t got it”.  That’s why I love Rockwell’s painting above.  Even mouth to mouth to mouth gets out of whack, and it’s truly important to go back to the source of the conflict to sort things out:

“So the whole community of Israel gathered at Shiloh and prepared to go to war against them. First, however, they sent a delegation led by Phinehas son of Eleazar, the priest, to talk with the tribes of Reuben, Gad, and the half-tribe of Manasseh…

‘Didn’t divine anger fall on the entire community of Israel when Achan, a member of the clan of Zerah, sinned by stealing the things set apart for the LORD? He was not the only one who died because of his sin.’”

Whoa, hoss!!  They were shaking shields and rattling spears before confirming what they had “seen and heard”.  So the accused now step up to answer:

Yeah, that’s the part we miss.  A lot.  Or as the inimitable Paul Harvey used to say, “…and now for the rest of the story.”

“The truth is, we have built this altar because we fear that in the future your descendants will say to ours, ‘What right do you have to worship the LORD, the God of Israel?’”

I can only imagine how many relationships have been harmed/split/devastated by a lack of communication caused by ASSUMING things.  My dad taught me to spell ASSUME:

“Phinehas son of Eleazar, the priest, replied to them, ‘Today we know the LORD is among us because you have not committed this treachery against the LORD as we thought. Instead, you have rescued Israel from being destroyed by the hand of the LORD.’”

I like Phinehas’ humility here.  He may have realized that the demon of hearsay was about to wreak havoc on God’s people, but truth won out, and Phinehas gave the stand down order.  Thank God.  Again.

“And all the Israelites were satisfied and praised God and spoke no more of war against Reuben and Gad.  The people of Reuben and Gad named the altar ‘Witness,’ for they said, ‘It is a witness between us and them that the LORD is our God, too.’”

But it sure witnesses to something else quite significant as well, at least to me.

That’s the importance of checking out the full story/motivation before pulling out the sword.  The Israelites had heard correctly: their brothers had built another alter.  However, the Israelites had interpreted their brothers’ actions incorrectly, and this rash behavior almost started a war, which would have cost a lot of lives and wasted many resources and much needed time to build what God had intended them to build.

Phone time or face time (I mean, REAL face time, not the digital one), communication remains a God-given responsibility that humans are masterful at messing up more than anyone else in the animal kingdom. That’s a given.

So it’s usually best to keep the sword (or cell phone) stashed until true communication has been established.

One thought on “ASSUME nothing”