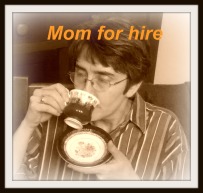 It fatigues my already tired mettle when that worn out rag of an opinion resurfaces that Christianity is somehow anti-female. Of course, now that the definition of “female” is under debate, I suppose that is, itself, a shifting deck in a storm of opinion.  No matter, because at least, historically, there is in my mind (admittedly, for what that’s worth…) substantial evidence that feminism has its actual roots in true Christianity.  Note the word “true”.  Not necessarily organized religion, because most people never bother to check out the Source Document for themselves, and if they do, it’s merely a cursory study without much in depth “what’s-really-going-on-here” desire to know truth.  I realize that’s a scathing indictment, but there it is.

Case in point, here’s a story that can be easily misunderstood, but in reality, it’s one of my faves: END_OF_DOCUMENT_TOKEN_TO_BE_REPLACED