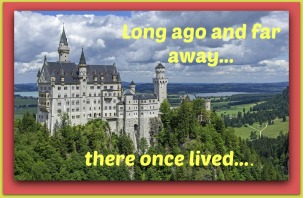 The story of the Old Testament prophet, Jonah, is an intriguing one, and is not without a mild undercurrent of a Providential sense of humor.  Not to poke fun at Jonah’s dire straits, but he did, after all, open himself wide to at least some form of discipline.  Interestingly, as the story unfolds, Jonah never denies that he worships the God of the Hebrew people; he just persistently argues with Him, at least concerning God’s intended task for His wayward prophet.  I have to wonder what brought the man to this extreme—maybe someone from Nineveh had harmed his family somehow, causing a hatred so intense that it created a prejudice toward the whole town (along the lines of the comment about Jesus: “can anything good come out of Nazareth”.)  Maybe Jonah considered God to be unjust in His patient treatment of anyone “not Jewish”.

Or maybe he was just having a bad day…?

Regardless, a massive storm blows up to buffet the ship carrying our hero, (by choice), in the opposite direction from where God has instructed, thus putting everyone else on board in peril.  (Now, that’s a big lesson to be learned on our behalf right there, but it’s not where I’m headed.)

As the drama intensifies, Jonah is cast out of the boat to calm the sea, and ends up in the belly of a big fish.  For three days.  Have you ever seen what something looks like after being in a fish stomach for a couple of days??   And I doubt that he exactly had much room in there, like to sit up or stroll around.  Not quite like the old Sunday school flannel-graph pieces from the ‘60s.

So here’s what really got my attention:

“Then Jonah prayed to the LORD his God from inside the fish. He said, ‘I cried out to the LORD in my great trouble, and he answered me.’”

Jonah’s saying that God’s answer to his cry for help was… to be swallowed up by a fish?  AND, Jonah is thanking God, while he’s still on the INSIDE of the fish?!?  Somehow, it would be challenging to consider Jonah’s circumstances at this part of his story as an answered prayer for rescue.  Maybe still part of the discipline for running away, okay, but not an answered prayer, by a long shot.  One of the figures of speech here in America is “out of the frying pan and into the fire.”  That’s howI would see this scenario, anyway.

Therefore, before I’m quick to criticize Jonah’s misadventure, I need to take a serious look at his perspective.

First, he recognized (“my fault”) and took full responsibility (“throw me over”) for his disobedience.  Secondly, even while he was flailing in the waves, he knew enough about his God to call for mercy and help, which speaks highly of his opinion of God despite seemingly harsh reproof.  Finally, (I totally love this one), though the solution was not the most accommodating, he accepted it as God’s provision for this time period (which, in this case, “only” lasted for three days.)

So the question is: what provision of God I have interpreted as merely sticky, oozy guts inside of a fish, rather than supernatural transport for me to His next mission?