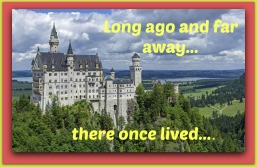 Except that there are a few finer nuances with blowing one’s own horn (ask me how I know this).  One category, in fact, has to do with a type self-promotion in the eyes of others that can be done in ways so subtle as to even disguise itself from the one actually doing it!  Another form, however, has to do with self-preservation, which comes in all kinds of creative forms:

Not that there aren’t times when some clarification should be made in certain circumstances, but in my case, probably more words have come out of my mouth than have needed to and for the wrong reasons.  Promoting mySELF to others for the sake of MYself is never a good one.  Ever.

I’m wondering if Joseph (of the “amazing technicolor dreamcoat” fame) was in the process of learning this lesson as his life journeyed from telling his family his dreams about ruling over them in the future (which, as we know, really did happen, but c’mon, that doesn’t give the kid bragging rights to a bunch of unruly half-brothers who already hate your guts as daddy’s favorite), to being sold into slavery.  Suddenly, there was no more self worth promoting.

Then something interesting began to transpire…

Yeah, I bet it did. So Potiphar let Joseph rise in rank in the household, until the inevitable plot twist which landed Joseph in an Egyptian prison, which I’m sure was lovely.  However…

“And the LORD made Joseph a favorite with the prison warden. Before long, the warden put Joseph in charge of all the other prisoners and over everything that happened in the prison. The warden had no more worries, because Joseph took care of everything.”

Once again, it looked like Joseph might be getting some bragging rights back, something he could toot on his trumpet.  And a few events took place that might land him a private gripe session with Pharaoh…

“Pharaoh sent for Joseph at once…”

Well, not exactly at once, and not for the reason he had planned on.  Actually, Joseph’s intended messenger had completely forgotten about him for two whole years!  But, instead of the “victim” starting a prison petition demanding his rights (ha), he waited. And God made the right people sit up and take notice of him at the right time.  Maybe our hero had learned something very valuable about blowing his own horn during these ups and downs:

“The Lord will work out his plans for my life—
for your faithful love, O Lord, endures forever.” 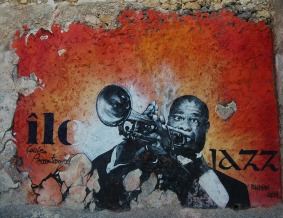 Which is much sweeter music to my ears (and those around me, to be sure!)

3 thoughts on “Put on notice.”