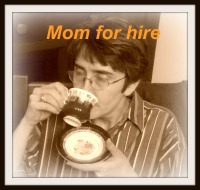 Bob loves intelligent sci-fi, you know, the kind where you dare not walk out of the room or you might miss an important piece of the mental puzzle. (But then, he also likes big stupid scary monsters, like Godzilla, so I’ll just him “eclectic”.)  He wanted to watch the movie Inception…again.  Now, I’ve been vying for the old Jimmy Stewart black and white You Can’t Take It With You, so you can see our differences in taste.  But he’s working on some of his own writing and he was doing some, shall we say, research.  Because that’s what college professors do.

No plot spoiler, but be prepared to wrap your head around living in dreams within dreams, several layers of the subconscious mind. Actually, it’s quite a good statement about what’s reality and what is not, mental states and brain states, relationships, virtual and otherwise.  Obviously, it leaves out the spiritual interaction component—no surprise, that—but still a thought-provoking piece for thinking people (like my husband), especially in our culture that offers a myriad of ways to escape from the everyday drone of responsibility.  Of “real life”.

On a lighter note, check out this cutie pic of our eldest granddaughter.  I call this 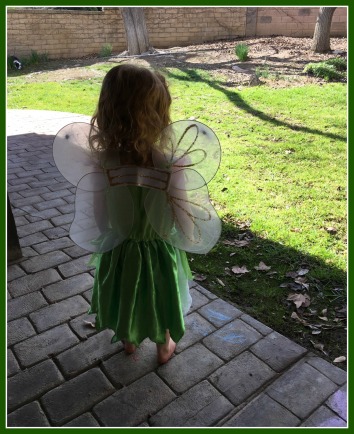 I totally LOVE this photo.  (Grandma, and all that.)  She’s especially into princess things right now, although Mom has removed all “branding” labels (go, Mom!), and the little one seems to have a particular affinity for her Snow White dress.  However, Jessie says it’s a struggle anytime they try to get her into clothes other than dress ups! Because, you know, two-year-olds have their own mind about fashion, and everything else for that matter…

I see a very critical connection between these two thoughts; that is, choosing what is not real over what is.  Or better yet, defining my reality by that which is temporal and changing and (ooooo…here’s the word of the century), relative, rather than that which is eternal, unchanging, but at the same time relates to every facet of my existence past, present and future.

Evidently, our sophisticated modernity is not the only one to struggle with the question of reality:

Jesus responded, “You say I am a king. Actually, I was born and came into the world to testify to the truth. All who love the truth recognize that what I say is true.”

“What is truth?” Pilate asked.

Unfortunately, this was only a rhetorical question on Pilate’s part.  If he had actually wanted an answer, he could have gotten quite a good one.  As it was, he chose his own form of “reality” by turning away, which probably didn’t turn out as he had hoped.

Which brings me back to my point.  We can dress ourselves up in our bank accounts, status symbols, and other temporal things that our culture likes to use as reality touchstones, but beware!  Because truly (yes, I’m saying it—)