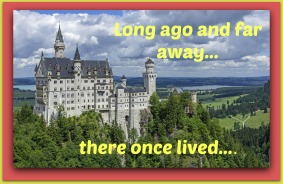 Recently, I read that the average length of a pastorate is four years; I don’t know if that means they leave the professional ministry, or they just move around a lot (or both).  Years ago, I saw that the average stay for a youth pastor is even less than that.  So much for continuity and relationship-building.

And this is certainly not a criticism of those decisions to move or leave.  To be sure, there can be a plethora of reasons for this sad statistic in the American church, (not the least of which is the sheep-fold’s obstinacy toward the shepherd…)

Here’s a good example of another shepherd who was more than a little frustrated:

“Jeremiah the prophet said to all the people in Judah and Jerusalem, ‘For the past twenty-three years…the LORD has been giving me his messages. I have faithfully passed them on to you, but you have not listened.’”

UGH. Hearing and listening are two different things—hearing is the mechanical process of the sound waves banging on the tympanic membrane and the consequent reactions thereby.  Listening, on the other hand, is quite a different matter, (as any parent of teenagers can attest.)

God’s people had heard Jeremiah—how could you not, with some of the odd social antics that God had Jeremiah do to get their undivided attention?  (Pastors, don’t try some of these in your church today, or you might get arrested.)

But had they listened?  Hardly.  The evidence continued to mount against these hard-headed people with their idol worship everywhere, and behavioral decisions that had absolutely no distinction from the heathen nations around them, except that maybe it was even worse.

So maybe frustration is too mild a term; how about despair? Anger? No wonder the poor man is monikered as the “weeping prophet”.  HA!  I wouldn’t have lasted half of that!  Of course, twenty-three years seems like a huge block of time from my perspective, but actually, God had been warning His people since the day they left Egypt hundreds of years before.  Hundreds!

God never does anything precipitous…never.

His patience is pretty amazing; His consistency and timing, it’s all perfect.  But why?  Why let Jeremiah languish in such circumstances?

“The Lord isn’t really being slow about his promise, as some people think. No, he is being patient for your sake. He does not want anyone to be destroyed, but wants everyone to repent.”