In, lo, these many years of driving, I had never had even one point against my license, despite what my husband refers to a my “lead foot”. There is in our small town, however, a place drivers affectionate refer to as a “speed trap”—you know, the limit is 30mph, but in a few yards it goes up to 45, and in between the road gently slopes downward… 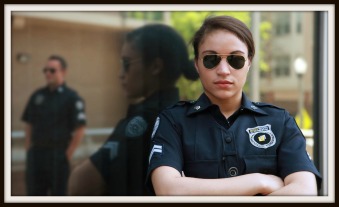 The officer was nice. Nonetheless, I was a several dollars poorer and a few “points” wiser.

The idea is that I was responsible for what I didn’t know, but should have known.  I didn’t know I was going ____mph over the speed limit.  I didn’t know there was an officer just biding his time.  Both of these bits of information would have been helpful in preventing my mishap, but no matter.  I still had to “pay the man.”

Which makes King Josiah’s response so much the better in my mind.

After a long and sordid line of (mostly) wicked rulers over God’s people, Josiah had a interesting idea—let’s follow our God.  In fixing up the temple, one of the workers found the Book, the Law where their God explains the conditions of the covenant with the people.

Now, the king was already on the right track in terms of his heart-attitude, and being raised in a very ungodly and confusing family/social environment, he was doing what he could with what he had.  But when presented with this additional info, his reaction was, well, possibly a bit better than mine when I was pulled over…

“When the king heard what was written in the Book of the Law, he tore his clothes in despair.”

One of our family catch-phrases is “what am I supposed to do with this information.”  It’s really a good test to see if there is something the other person is expecting from me, or if he/she is simply, you know, just talking.  This seems to be exactly what Josiah did, and he discovered, in no uncertain terms, that God wasn’t just talking.

Someone once said that the Holy Spirit speaks to those whose hearts are positioned to act upon His instructions.  So when Josiah heard God speak, he took one of the offensive idols and…

“…he burned it. Then he ground the ashes of the pole to dust…”

Pretty definitive statement, that.  And it wasn’t the only culture shift that was made as Josiah “turned to the LORD with all his heart and soul and strength”.  Love it.  The kingdom of Judah was responsible for what they had neglected to know (even though it had been available), but God blessed them for the changes, (formidable ones, difficult ones), that were accomplished.