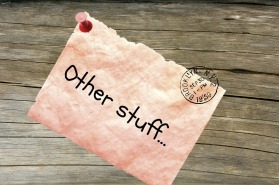 I follow my actor-brother-in-law, Doug Jones, on Instagram and Facebook.  We rarely get to see his face, but he has been nonetheless amazing as Pan in Pan’s Labyrinth, the fish/man Abe Sapion in Hellboy, the Silver Surfer in the Fantastic Four, and Chochise in Falling Skies, to name just a few.  And we just found out that he is going to be (yet another) alien in the up and coming Star Trek spin-off Discovery.

Of course, I’m old school, with the original Kirk and Spock and Bones and Scottie and all that.  But far be it from me to consider myself a snobbish connoisseur of fine sci-fi—I also enjoyed Galaxy Quest, and the “famous” quote from Captain Jason Nesmith, “never give up, never surrender!”

So, okay, I’ve not yet donned any cosplay nor stood in line for hours to talk to a personal hero of the silver screen.  Heck, I hang out with Doug and Laurie on fam-jams anyway, and they ARE heroes in my book!

I also appreciate the actors in the Hebrews 11 “Heroes of the Faith” line up—it reads like something out of one of Doug’s movie credits.  Allow me to review (from my human perspective):

Gideon, cowering in the barn trying to hide his grain, and who needed a fleece (twice) to convince him of God’s answer.

Moses, who’s recorded conversation with God (as if standing in front of the burning bush wasn’t enough) is replete with “but God!?!”

Sarah and Abraham, who both thought God needed a little help, (since that always turns out well…)

“Their weakness was turned to strength.”

Say what?  How is it that God somehow overlooks, not only their failures, but also the consequences of those failures, and chooses instead to record in the New Testament rendition (for all eternity, no less) their successes?

Like it or not, “oops” is part of a Christian’s vernacular, and “I’m sorry” should roll off the tongue more and more easily as time goes on.  One important thing that can be said for these heroes of the faith is that they never gave up.  They may have given in a few times, but they never gave up.

In that, Captain Kirk has nothing on Captain Nesmith.