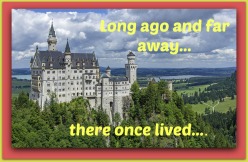 I’ve done a little quilting in my day.  I love quilts, and the limited projects I’ve done makes me even more appreciative of those artisans who really go after it.  Of course, I also love the practical history of quilting, i.e., repurposing worn out clothing into lovely and useful bedcoverings to keep the family warm on those cold winter prairie nights.

One of the important things about quilting, which is fairly contrary to my personal internal wiring, (sigh), is the absolute need to use a “template”, a pattern to consistently measure the various geometric shapes, because let’s face it, geometry is not to be gainsaid.  Or put another way, if you want it to fit the way it’s intended to fit to make the design you want, you use the template, the original.  No arguments.

Now me?  I have an annoying tendency to cut corners, (pardon the pun).  In other

words, if I use the template for the first ten pieces, then use one of those pieces to cut the next ten, and then one of the second batch to cut the third….so you get the idea.  Little by little the original gets obscured,…

…and the design is doomed.

Which is what strikes me about Amaziah, the current king of Judah in this story:

“Amaziah did what was pleasing in the Lord’s sight, but not like his ancestor David. Instead, he followed the example of his father, Joash.  Amaziah did not destroy the pagan shrines, and the people still offered sacrifices and burned incense there.”

Amaziah was a good guy, probably doing what he thought was a pretty good job; after all, he had been raised by a good father.  But you know, godly fathers are not God the Father.

One thing my dad has mentioned to me a few times in recent years is to be careful not to put him on a pedestal.  I’m not sure why he says this to me.  One thing being a parent has taught me is how imperfect parents are (myself being the prime example).  So why would I put Dad up there when I can barely balance myself??

No, one thing I was well grounded in was the concept of the Original Design, the Template.  It’s the only thing that holds true, that makes the correct pattern for everyone to see and recognize as the intended beauty.  Perhaps Amaziah chose to look exclusively at his dad’s example rather than at David’s, who had a “heart after God’s own heart”.

Without that, we end up with scraps and pieces of life just thrown together in disarray. Quilters call it a “crazy quilt”, without pattern or design.  I’m thinking that when we go after life the same way, or when we measure our standard by “good” rather than God…

…eventually, it gets pretty crazy.

7 thoughts on “Template not optional”