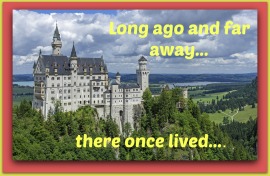 I’m gifted.  At least, that’s what my folks were told back when I was in 5th grade.  So they put me in different school for a couple of years, which was really nice of them, since it meant mom had to carpool a few of us “gifted” kids to and fro.  (Never mind that fact that my older brother, who was not recognized as “gifted”, went on to be the Purdue engineer, celebrated in his field as international keynote and author, widely traveled, as well as musician/artist on the side.  Yeah, don’t overestimate manmade “tests” for gifted-ness….just saying.)

Right, so here I am, gifted.  Of course, a gift is something that is innately given, something for which the receiver has no claim to credit, nothing they can legitimately boast about, because it’s, well…a gift.

Which, clearly, can come in all forms, some of which are recognized and valued, some of which are undisclosed and certainly undervalued.  And, just as obviously (at least, to me, maybe that’s part of my “gifted-ness”), what one chooses to do with the gift is the receiver’s responsibility.  Many times, “if you don’t use it, you lose it” applies to the gifts we are all given, and truly, we are all given gifts from our Common Creator. 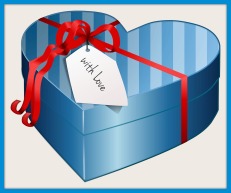 King David, newly released from fighting for his life and wandering about in caves, has been handed the kingdom of Israel on a platter, (along the head of the former king—I guess that’s how they did things back then).  He now has the burden of the full people of God, both Judah and Israel.  He then makes this observation:

“And David realized that the Lord had established him as king over Israel, and that He had exalted his kingdom for the sake of His people Israel.”

In other words, David had been “gifted” the kingdom.  He knew, that even though he had had to sacrifice plenty for it, the end result was, in fact, from God.  He also was very cognizant that this gift wasn’t something for his own merriment (which he lived out quite poignantly in his tryst with Bathsheba a few pages later.)  This gift from God was for the sake, the prosperity, for the affluence (both materially and spiritually) of God’s chosen vehicle through which the Messiah would enter this broken planet.

The reason for David’s kingship, David’s gift, reached immeasurably beyond King David himself!

Likewise, so do ours.

I am gifted with health (not to be taken for granted after that appendectomy a couple summers ago…), with a good job, a wonderful husband, (besides, he reads this blog), a great family (albeit not without our flaws), and even a few greenbacks in the bank.  I write this sitting quietly in my garden of flourishing growing things.  To name a few.

Yet what is this, if not to honor God and build up His kingdom? David got it—it wasn’t about him, it was about them.

Jesus followed the same track when He prayed:

“For their sakes I sanctify Myself, that they themselves also may be sanctified in truth.”

“That they”, what a great way to use a gift!