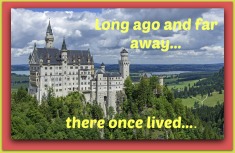 I’ve decided I’m a “demonstrative introvert”.  I have no problem being up in front of people, (unless it’s a firing squad, that could be a problem), but I re-fuel myself in solitude.  My daughter says that I’m too loud when I enter a room (I’ve gotten better with practice), but my favorite time of day is the cool quiet of the morning.  I tend toward, as Mark Twain quipped, “explosions of opinion”, I laugh out loud, and I raise my hands both at football games and church, but I’m revived in quiet contemplation here at the keyboard.

So I guess the sharing of myself is a bit ambiguous.  Yet God expects it, and has created me (and all of His children) to do exactly that.  And the best place to start is at the beginning, which is another reason why I like the account of the “man born blind”—

After Jesus heals him, this poor guy is confronted with religious traditionalism.  Now, if my sight had been given me after having never seen color, or trees, or mom’s face, I could think of a few other things I’d prefer to do than get into a theological argument.  Nevertheless, the Pharisees, having their own agenda and caring not a whit for this man’s new life, approach almost immediately:

So for the second time they called in the man who had been blind and told him, “God should get the glory for this, because we know this man Jesus is a sinner.”

After hurling a few other uncomplimentary comments toward the him, the man himself gets in a few good jabs:

“ I don’t know whether he is a sinner,” the man replied. “But I know this: I was blind, and now I can see!…He healed my eyes, and yet you don’t know where he comes from?  We know that God doesn’t listen to sinners, but he is ready to hear those who worship him and do his will. Ever since the world began, no one has been able to open the eyes of someone born blind. If this man were not from God, he couldn’t have done it.”

Brilliant!  They could not turn him from his own personal encounter with Life Himself.  And there was no denying the change in the man’s personal situation, either.  But there’s more!  As the man is faithful to what Jesus has already done so far, he continues to encounter the Man who brought him sight:

When Jesus heard what had happened, he found the man and asked, “Do you believe in the Son of Man?”

The man answered, “Who is he, sir? I want to believe in him.”

“You have seen him,” Jesus said, “and he is speaking to you!”

So here’s the point:

Want more of Jesus?  Perhaps we have to “give away” some of what we have received of Him first, sometimes even courageously.

(I do hope to meet that guy some day…)

6 thoughts on “The demonstrative introvert…(huh?)”