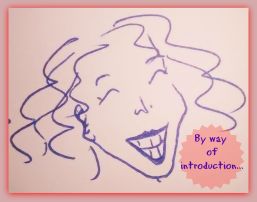 Today, I am 57.  I’m reaching that age where you look in the mirror and think, “who is that old woman?!”  I will confess that I’m still working on this adulthood thing.  I’d say most of my grownup life I’ve been pretty responsible.  Being in charge of a 40-bed wing of a big city hospital at the sagacious age of 20 tends to bring that out in you, that is, if you (and your patients) are going to survive.  And believe me, there were times it could seem like an emotional and mental warzone.

Unfortunately, being responsible is not the same as being mature.  Maturity, I am still learning, is a matter of jurisdiction over one’s own heart, and it will not exist in a vacuum.  I mean, someone will be in control of it, to be sure.  I’ve learned that growing up means accepting that “responsibility”, even when there is struggle involved:

While they were camped near the Jordan River on the plains of Moab opposite Jericho, the LORD said to Moses, “Give the following instructions to the people of Israel: When you cross the Jordan River into the land of Canaan, you must drive out all the people living there. You must destroy all their carved and molten images and demolish all their pagan shrines. Take possession of the land and settle in it, because I have given it to you to occupy.  You must distribute the land among the clans by sacred lot and in proportion to their size.

To take possession of what God has for me, I am invited (indeed, required) to co-labor with God in the conquest for my own heart.  Here are just a few examples that need to be accomplished, which can be drawn from the above instructions to the Israelites:

There is much, much more that can be and has been written about this topic of possessing my own heart.  Evidently, it’s important to God also, since that is where He chooses to take up residence on this side of the Bible.  We delay or neglect this area of maturity at our own peril, just as He mentions in the following verse:

But if you fail to drive out the people who live in the land, those who remain will be like splinters in your eyes and thorns in your sides. They will harass you in the land where you live.

Whether we like it or not, the war is on.  I guess that why He gave us some pretty good armor.