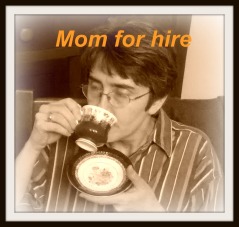 My great-grandmother, with whom I was privileged to grow up as just another part of the extended family, traveled in the Midwest via covered wagon as a younger woman, and lived to visit relatives in Florida…by airplane. She made the best homemade chicken and noodles, lived by herself well into her 90’s, and the house I remember as a child had one of those r-e-a-l-l-y steep stairwells with the door that closed behind it, which was only mildly creepy for a kid daring to ascend and explore all the old things “up there”.  Like the Singer sewing machine with this weird foot-peddle thing.  She also had a cabin; I don’t remember where, but I do remember pumping the water outside, and flushing the toilet by pouring a bucket of said water into the bowl.

Interesting experience for a little girl from the ‘burbs.

There are stories about how she nursed great-grandpa off morphine and/or whiskey after the war (which war, I’m not sure), about how her grandkids (like my dad) would be nursed back to health from whatever illness in one of her big beds—and back then, shudder to think which disease that might been before all the vaccines we have these days.

We now have her beautiful RCA Victrola, the kind with the crank handle and the 78-rpm records that are about as thick as Captain America’s shield.  We also have her old dry-sink, a priceless handmade legacy that was found stuffed out on her back patio.

Oh!  the things we take for granted!

Here’s a recent email I got from my brother, the engineer:

“Below are 3 random stories I happened to read, all from looking at news feeds from just yesterday.

So from just yesterday alone, I learn that we have:

Just in case no one’s noticed, we’re living in the future.

And I’ll repeat one more time, these are 3 somewhat random story excerpts I just happened by chance to read (on my “phone” .. ) during a 15 minute period yesterday while waiting on my carpool.

I’ll never take for granted the ability of the human race to take things for granted.”

But here’s the big one:

“…how shall we escape if we neglect so great a salvation, which at the first began to be spoken by the Lord, and was confirmed to us by those who heard Him,…”

Like my brother’s insightful commentary, times they are a-changin’.  Fast.  One of the few things that doesn’t change is the coming of eternity, and its King.  And then nobody will care how heavy Saturn’s rings were. 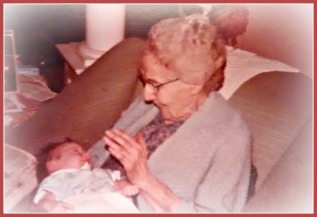 I am, however, looking forward to seeing Granny Van again.