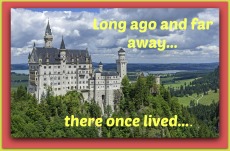 The Babylonians knew how to party; in fact, I get the impression they didn’t do anything halfway.

King Nebuchadnezzar was pretty full of himself despite being warned in a dream, interpreted by the captive Israelite named Daniel (of future lions’ den fame).  The outcome of the king’s pride was remarkable, but was unfortunately not duly noted by his young descendant and the current sovereign, King Belshazzar.

So, back to the party.

One thousand strong with plenty of intoxicating liquid, mixed with plenty of everything else, makes for a somewhat volatile platform.  As if enough lines had not already been crossed, the king orders some of the specially treasured goblets that had been pilfered from the temple of the Israelite God Yahweh to be brought out and used to toast each other’s health. Thus the stage is set—

I can only imagine Belshazzar hoisting one of Yahweh’s precious golden goblets that he has been slobbering into, only to stop frozen in mid-sentence when he sees the disembodied hand appear and scribble something on his royal wall.  In knee-knocking panic, he finally sends for the man who unlocked mystical mysteries for his father years earlier.

And the news was not good.  In a nutshell, the king had been given a very poor grade in his leadership responsibilities, and was now being held accountable.  Of course, Daniel brings up a very important “I-told-you-so” moment.

“You are his successor, O Belshazzar, and you knew all this, yet you have not humbled yourself.”

In the typical fashion of that culture, Belshazzar’s political career came to a definitive end that night…

“He [God] made them an example of what will happen to ungodly people.”

Edmund Burke is quoted as saying “those who don’t know history are destined to repeat it.”  I would be so bold as to add that effectively knowing history means more than rote facts since it is of little consequence to know the ‘whats’ about the past without discerning the ‘whys’.

I would also posit that there is a peculiar burden on the Church concerning this concept, individually and corporately.  Evidently, Daniel had made sure that Belshazzar knew the account of his predecessor’s foray into God Almighty’s discipline, both the what AND the why.  The resulting outcome could have been prevented in both stories—God is just that merciful.  He always warns first, but often that warning is in the form of our history, which is many times allowed to be obscured by our current circumstances, (again, both personally and collectively.)

Whose fault is that?  Not God’s.

“Such things were written in the Scriptures long ago to teach us.”

Rather than waiting for more writing on the wall, God help us to take a look back before making another step forward.

4 thoughts on “Party’s over”