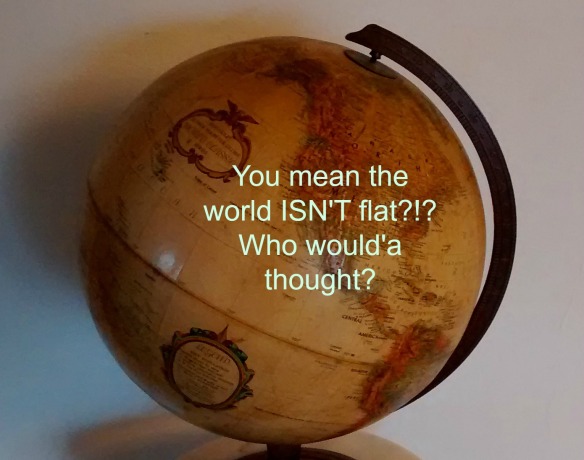 Wednesday isn’t just “hey-we-got-over-the-hump” day.  It’s a day to celebrate all those people that march to the beat of a different djembe.  Or to take time and relish those off the wall dreams and ideas, you know, like Orville and Wilbur’s flying machine.  A day to contemplate where we’d be without the courage of Tiananman Square or the creativity of a moving, talking, whistling mouse on the big silver screen.  Or that stupid idiot that stood out in the thunder and lightning flying a kite with a key attached (don’t try that one at home).

Here’s one.  For a Christmas present this year, my daughter Robin enrolled me in a really crazy idea dreamed up and administrated by a pretty fun person.  The crazy idea is called Hobby Club and is made up of an internet community of people who are introduced to a new hobby to try out every month.  The fun person in charge is the visionary of the project, Tyler Riewer, who chooses these new challenges each week to match the theme of the month.  February is deemed “The Old Fashioned Way”, and so far we’ve tried our hands to homemade butter, next is some way-out homemade brew that rivals a cure to the common cold (at least in taste, I expect),  and we will crown the month with backyard moonshine.  Knowing my less than stellar success with fermentation experiments, I probably should check the batteries in the smoke alarms….

Bohemians abound throughout history: people who imagined little bugs that couldn’t be seen, so they invented a microscope to prove their existance.  Or the guys who challenged the accepted, scientific “fact”  that if you sailed far enough you drop off the planet. Then, of course, there were those dreamer Orville and Wilbur–would you believe that originally they owned a bicycle repair shop?  So, thank you once again, Mr. Riewer, and I salute you as my bohemian this week!  My butter tasted, well, not quite entirely like butter, more like a palatable paste, but yummy nonetheless.

And equal salute to all the dreamers and visionaries and creative thinkers and doers.  You are worth celebrating every week!    ———-dawnlizjones